So once again we’ve seen President Chicken Liar’s true colors, and they aren’t various shades of orange. For those paying attention there should be little surprise – when the going gets tough, he goes yellow. 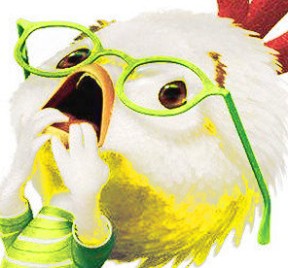 It’s pretty much what you’d expect when a pampered, billion-dollar spoiled brat doesn’t get his way.

We saw a classic example during the GOP primary campaign when he backed out of a debate rather than face the tough questioning of Fox News moderator Megyn Kelly again.

Despite the spin we’re hearing now, he invested a lot of time and energy to make the repeal of Obamacare go his way. Ultimately, he was just too weak.

Some pundits are trying to pitch this as a loss for House Speaker Paul Ryan rather than the White House, but consider the following:

Chicken Liar initially tried the charm offensive, putting a full-court press on Republicans early last week to rally them around his standard. It didn’t work.

He tried to threaten them, warning of political repercussions if they didn’t support his bill. They held firm.

Then he issued the ultimatum that he was going to walk away if they didn’t act here and now – like a guy counting to three before putting his kid in Time Out. They didn’t care.

Finally, having painted himself into a corner, he folded. Not exactly the kind of bulldog tenacity his supporters were counting on.

There appears to be a steep learning curve for the new president, and the latest lesson learned is that creating policy takes hard work and genuine effort. Clearly, this has been a surprising revelation to the guy, raising the question yet again of whether he has the mental capacity to do the job.

For someone who committed so much time denouncing Obamacare, you would think Chicken Liar would have some notion of how to replace it. Apparently, his ideas on the subject are locked in the same vault as his “secret plan” for defeating ISIS.

But really, the promised repeal of Obamacare during his presidential campaign was never much more than a poker to stoke the fear and anger of supporters who didn’t fully understand it.

What folks need to comprehend is that Chicken Liar doesn’t honestly care either way about Obamacare, because it has never impacted him or those around him. And ultimately, it is always about him.

If one fact has become painfully clear regarding this issue, it’s that the President of the United States is even more clueless about healthcare than he is about most other things, as highlighted by the stunning ignorance of his “nobody knew that healthcare could be so complicated” remark.

He and Ryan co-parented this repeal bill, and if you have any doubts about that just ask yourself if Chicken Liar would have tried to claim credit if it had succeeded. 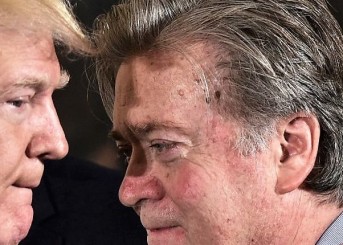 If the White House was not fully invested in this plan, I doubt Dope Whisperer Steve Bannon would have demanded of the GOP’s Freedom Caucus: “This is not a debate. You have no choice but to vote for this bill.”

(To which one member reportedly retorted, “The last time someone ordered me to something, I was 18 years old. And it was my daddy. And I didn’t listen to him, either.”)

The president’s “act now or I walk” ultimatum suggests he thinks this monstrous undertaking won’t get done without his input – a consistent reflection of his ego and lack of real-world understanding.

The funny thing is, now that he’s not there to muck things up, Congress will probably make some progress with him out of the picture. It seems pretty clear there are a lot of things that can be fixed about Obamacare, but these idiots tried to rush it thru in a matter of weeks so Chicken Liar could finally claim an administrative victory.

And when they do negotiate some kind of deal he will, of course, try to take credit for it. But the reality is he’s just told the world he is no longer involved. If anything, Ryan might be the one who eventually comes out the hero if he sticks it out and hammers a deal together now that Chicken Liar has turned tail and run.