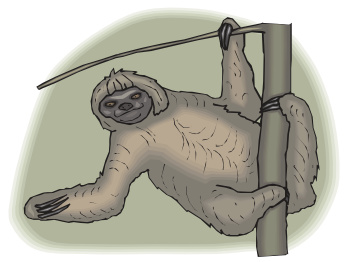 Posted on May 12, 2017 by slothonline Posted in Uncategorized

I saw the news that Donald Trump said, “I think that we’re going to do very well with respect to Syria and things are happening that are really, really, really positive.”

I just want to say I am really impressed by how you’re handling things. And grateful! When I read, “Trump seemed to rave about the cease-fire agreement that Russia, Iran and Turkey struck” that proposes “de-escalation areas” instead of a complete halt to fighting, I knew you had my back.

I’ve got to tell you, I am really excited to hear you’ve convinced Trump the “political process” (wink, wink) can go forward. Not only because this whole civil war thing is taking up WAY too much of my time (I had to cancel my Thursday tennis lesson) but also because when you sold me all those airplanes and military stuff, I wasn’t entirely sure what to do with them.

I don’t mean in terms of how to operate the weapons, we’ve got Iranians and some of your people helping us with that, but logistically speaking.

For instance, in terms of the “optics” (I got that term from American cable news – love Fox & Friends!), is there a best time of the day to fire missiles at rebels? Also, do civilians have to be within a certain distance of a military target to drop bombs on them without getting the UN’s panties in a bunch?

And when it comes to using Sarin gas, I feel like a young girl putting on makeup for the first time – just how much is too much? When you buy soulless tools of human destruction, there may be tech support, but it’s still sooo easy to overdo it.

That’s why I’m really overjoyed to learn that you and Trump – sorry, I mean Henry Kissinger and the “Russian leadership” – are going to draw up some directives for me, although let’s call them “international guidelines” so my generals don’t get the idea that I’m easily replaced.

I know we discussed how you can’t phone me directly, but I see your guys Minister Lavrov and Ambassador Kislyak (“Sergey 1” and “Sergey 2”) now have direct access to the Oval Office, so just have them call and let me know everything Trump tells them.

(Stress “everything”! I need to hear all about how Chinese Prez Xi “explained” Korea to him; maybe I can “explain” Syria to him – winks! And I definitely want the dish on what Trump talks about with Duterte, that is one cra-cra crazy Filipino!)

On a personal note, I’m sure you’ve seen all of that awful “fake news” (fantastic P.R. lingo!) calling me a “brutal dictator” who has a habit of “slaughtering” “his own people.”

But as you know from our past conversations – remember Damascus two years ago? What a night! – I’m just misunderstood. I know you’re feeling me on that, right? (Kudos on the way you handled those protesters.)

Looking forward to hearing the “ideas” (wink, wink again) you and The Don hash out. Like Mr. President Trump said, “We’re going to stop the killing and the death.” (Super big winks.)

PS: I heard Donboy say that the Israel-Palestine thing doesn’t seem too difficult and he’s confident he can settle all those lingering points of contention. That’s great news. I know the Israelis and the Palestinians have been waiting ages for an American to finally step in and fix this kerfuffle once and for all.

PPS: Have you heard whether Kellyanne Conway is available for freelance gigs? She is an absolute WIZARD

when it comes to spin and I could definitely use some of her magic these days. (“Alternative Facts” = Genius!) Of course, I know there are strict ethics rules about White House employees engaging in any outside business that might enrich themselves… Ha!! Just kidding! That one always cracks me up.

PPSS: Does Mar-a-Lago give a “Head of State” discount on membership fees? Please ask T-Dogg and get back to me. Oops, I mean, ask the Sergeys to ask him. Nudge-Nudge, Say No More!