After the presidential election of November 2012, Donald J. Trump called the Electoral College “a disaster for a democracy.”

“We can’t let this happen. We should march on Washington and stop this travesty. Our nation is totally divided!” he tweeted.

“Let’s fight like hell and stop this great and disgusting injustice! The world is laughing at us,” he wailed.

“This election is a total sham and a travesty. We are not a democracy!” he shrilled.

This was an election in which Barack Obama earned 51 percent of the vote, 5 million more votes than Republican Mitt Romney. He took 332 electoral votes to Romney’s 206.

I’m not sure what travesty Trump saw in these results, and chances are pretty good he wasn’t sure either.

But now we’ve just completed an election in which there appear to be growing questions of cyber interference by the Russian government. Millions of dollars have been raised to fund recounts in important swing states. Democrat Hillary Clinton lost the Electoral College but pulled in 2.8 million more votes than the winner – a greater popular margin than was achieved by 11 previously elected presidents.

Surely, an incoming President of the United States would want to know whether the Russian government had attempted to manipulate a U.S. election – any U.S. election – thru hacking and cyberattacks, right? 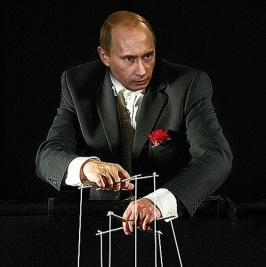 Except there are now reports Russia was purposely trying to sway the election toward Trump, who some believe to be a puppet of Russian boss Vladimir Putin.

Instead, Trump is actually trying to undermine the U.S. intelligence community for even exploring these accusations. His transition team pointed out that “these are the same people that said Saddam Hussein had weapons of mass destruction.”

Okay, well, by that measure Marine Gen. James Mattis, the nominee to be Trump’s defense secretary, is the same guy who ordered the infamous bombing of an Iraqi wedding party in 2004, killing more than 40 civilian men, women and children.

And as usual, Trump is trying to spin the past with absolutely no facts to back his whacky claims. His team put out a statement saying it was time to move on to the future, and concluding: “The election ended a long time ago in one of the biggest Electoral College victories in history.”

In reality, the comment was issued about a month after votes were counted and Trump collected 306 electoral votes – 73 more than Clinton and enough to declare victory, but hardly a landslide. Especially when considering he only won 46 percent of American voters.

In fact, over the past four decades, only George W. Bush had a lower winning electoral tally than Trump during his 2000 and 2004 victories.

Obama topped Trump’s electoral total in each of his two election victories, including in 2008 when he won the college over Republican John McCain by a margin of 365 to 173.

Even Richard Nixon racked up 520 electoral votes in 1972.

So as usual, Trump’s claim of a landslide victory is a flat-out and ridiculously easy-to-expose lie. He still seems to believe if he simply says something over and over again it will be accepted as fact.

And he’s further compounding the issue by – what else – making up more lies.

Trump claims he would have won the popular vote as well if “millions of people” hadn’t voted illegally. This, of course, also did not happen.

He further declared if the presidential election was determined by popular vote he would have won that by concentrating on more heavily populated areas of the country.

His claims ignore the fact that Clinton obviously would have been able to do the same, and one could argue that urban voters are more likely to sniff out a lying con artist than rural folks. That’s not a knock on rural voters, but generally speaking folks in Middle America are used to accepting a neighbor’s word as their bond – they’re more inclined to think like straight shooters.

The bottom line is that no matter how decisive Trump wants to pretend his victory truly was, there are serious questions that simply can’t be ignored. If Russia is tampering with our election process, then yeah, that’s kind of a big deal.

And the questions need to be explored, even if you’re afraid of the answers. If you want to move into the White House, you need to pack your big-boy pants.