One of my favorite sights of summertime is a small-town street lined with American flags. 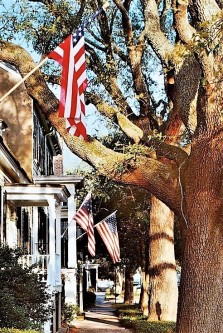 There’s something comforting about a river of red-white-and-blue on a sunny day, not only viscerally but as old-fashioned Norman Rockwell nostalgia symbolizing our good luck in living where we live.

I don’t say this in a chest-thumping, I’m-more-patriotic-than-you kind of way; for me it’s more like a warm reassurance, proving that however else we may differ we share basic values binding us all together. And yeah, it also reminds us we’re a pretty kick-ass country.

But we don’t line our streets with flags here where I live in Kittery, Maine, which seems kind of bizarre to me.

When you consider Kittery is home to the fabled Portsmouth Naval Shipyard, which has had its fair share of tragedy and triumph over the past two centuries, it should seem natural to fly the Stars and Stripes in force every Memorial Day.

The flags should be a salute to the men who served aboard Navy submarines produced here during World War II, and the sailors and shipyard workers lost aboard the horrible USS Thresher and the USS Squalus disasters.

And how can a town produce a native son who actually signed the Declaration of Independence, one of only 50 or so towns in the world able to make such a claim, and then not put up flags to help celebrate the 4th of July? 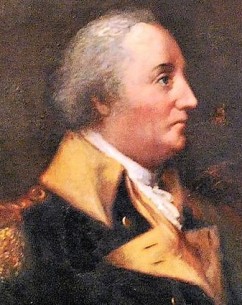 William Whipple was born and raised in a house still standing near the back gate of the Shipyard. He grew up to become a Kittery sea captain, signed the Declaration as a delegate to the Continental Congress, and served on the battlefield as a Revolutionary War general.

As much as any town in America, Kittery should be bathed in red-white-and-blue.

Right now a small band of citizens are raising private funds from local businesses and residents to help make that happen. The goal is to have the flags up in time for this upcoming Memorial Day and to keep them in place thru the 4th of July.

They are to be installed on at least 35 utility poles from Memorial Circle – where our 129-foot flagpole honors the 129 souls lost aboard the Thresher – to John Paul Jones Park.

On a map this stretch of pavement is labelled as State Road, but some of us like to think of it as Memorial Way; hence the name of the project: Flags For Memorial Way.

The funding is all coming from the private sector, and so are other contributions.

Kittery’s town council just gave their official go-ahead this past week, but already York Hospital and The Fabulous Find – perhaps the most amazing non-profit I’ve ever encountered – have kicked in donations. Several other businesses, especially those on State Road, have pledged to do the same, along with individual citizens.

Town Manager Kendra Amaral has signed an agreement with FairPoint Communications to allow for the use of its poles, and is now awaiting approval from Central Maine Power to do the same. When everything’s good to go, U.S. Navy sailors from the Shipyard will help install the flags on poles along Memorial Way.

It’s no secret by now that Kittery is enjoying a remarkable renaissance from just half-a-dozen years ago. I clearly recall walking thru the Foreside area of town with my family back then and talking about what a ghost town it had become – empty parking spaces and deserted storefronts.

Now there’s pride in our community again, and this campaign will help keep it going.

It looks like we’ll need about $4,500 to bring this all together. Unfortunately, the road to get here took longer than anticipated, and we have a short window to get it done in time for Memorial Day weekend. One big step forward was providing the town with $500 for annual liability insurance to move this project along.

Last year folks in the even smaller town of Randolph, Maine, engaged in a similar effort to put up 20 flags for the 4th of July, only to learn they had to take them down when the town couldn’t cover the $500 rider for liability insurance, as required by the utility companies. But the story has a happy ending – a Massachusetts insurance executive sent a check by express mail to cover the cost and Randolph got their flags.

Given the generous nature of our business community, we hopefully won’t have to endure such drama.

Tax-deductible donations can be made thru the American City Quality Foundation, an established 501(c)(3) non-profit organization, at P.O. Box 10363, Portland, ME 04104.

Contributors should write “Flags for Memorial Way” on the memo line of the check so the organization knows where to apply the payment. 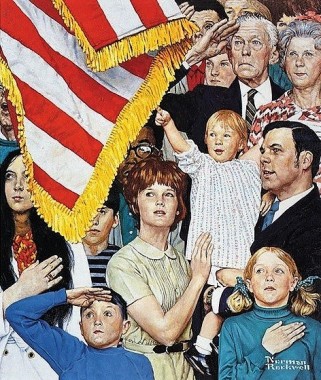 Ice cream, baseball, sunshine, and American flags flowing with the breeze – what says summer better than that?

D. Allan Kerr is a member of the Flags for Memorial Way campaign.