When I wrote about the loss of our Jack Russell terrier, Jesse, back in April, the response surprised me.

People I didn’t know approached me to offer condolences, and friends I hadn’t heard from in a while sent e-mails of support.

The remarkable family of Carol Norton, in the midst of commemorating the 54th anniversary of her father’s loss aboard the doomed Navy submarine USS Thresher, commissioned a portrait of Jesse and sent it via priority mail.

Carol never met Jesse, nor did the artist, her family friend and fellow animal lover Hannah Golden of Dover, New Hampshire, but that portrait somehow captured Jesse’s vibrant and tenacious spirit. Perhaps even more astonishing, however, was someone taking time from her own hectic life to initiate such a selfless act.

In retrospect these reactions shouldn’t have been a surprise at all. There are few experiences huge chunks of the population genuinely share in common, but either as a child or as an adult, most people have lived thru the loss of a beloved pet.

When we knew we were going to lose Jesse, my wife Nicole – who’d had this pooch by her side for more than 17 years – said she had no intention of taking on another dog, maybe ever. And how could we ever replace a family member?

But Nic is almost always the first one home from work or school in the evening, and in the days following Jesse’s death she entered the house to find an overwhelming void.

Less than a week after we finally put Jesse to sleep, she sent me an e-mail at work to broach the idea of fostering rescue dogs.

This would be a disaster, I replied. Both she and our nine-year old daughter, Layla, are suckers for a cute canine, and by next year we would have four damn dogs in the house, I ranted. It would be a lot of hassle and heartache, I railed.

I laid out brilliantly valid arguments to strengthen my case, and then I was outvoted two-to-one. My wife and daughter never let logic get in the way of a good deed.

Nic contacted Lucky Pup Rescue in Kennebunk, Maine. They ran background checks on us, decided we weren’t psychotic and within two weeks of Jesse’s death we received our first foster dog.

Madison was about three years old, a mutt we believe had some German shepherd and pit bull in her. There was already someone lined up to adopt her but it would be a few days before they could bring her home.

Madison was powerful but sweet, and hardly ever barked. Nic and Layla reminded me more than once we shouldn’t leave her alone in the backyard, as she seemed capable of jumping over or digging under our wooden fence.

The night before she was to go to her new home, my women went to a soccer game. When I got home from work I let Madison outside to do her business and ran upstairs for a moment. I left the back door to the breezeway open so she could come in from the rain if she desired.

When I went to join her outside she was gone.

She didn’t respond to my calls. I grabbed a flashlight and ran around the neighborhood like an idiot in the rain. Meanwhile, our neighbors showed their true colors by coming out to help in the search.

As anyone who has ever had a wife and daughter can appreciate, my goal was to find the dog and get her inside so they would never know this had happened.

No such luck. Knowing they were on their way home, I had to send a text advising of the situation. As we all carried on the search, my wife thought she heard Madison whimpering from beneath our back deck.

Already drenched, I proceeded to crawl on my belly thru the dirt and debris below the boards, but no Madison. 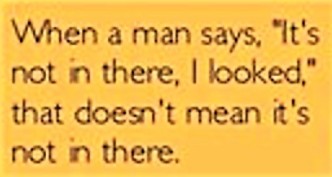 Of course, throughout this adventure I kept envisioning some poor family being told the dog they were about to adopt had been lost during the watch of some dipshit dad.

The punchline finally arrived while I was at the opposite end of our street, when Nic texted, “We got her.” Somehow Madison managed to enter the garage thru the breezeway and the door closed behind her. Since the door was closed, I hadn’t checked the garage in the hour-and-a-half I’d been looking for her.

So she was safe and dry the whole time, and never barked to let us know she was there when we repeatedly passed by and called her name. The next day she was with her new family.

In May we got Kovu, a hugely affectionate and borderline hyper one-year-old with separation anxiety. We suspect he has some beagle and English setter in him.

He also proved to be the most brilliant canine escape artist I’ve ever seen.

One Saturday night we all went out to see Wonder Woman in the movie theater (thumbs up!) and as usual left Kovu in a large, metal cage in the downstairs dining room.

When we returned home after 10 p.m., he was there to greet us outside in the driveway.

No windows or doors were open on the first floor and we couldn’t figure out how he’d gotten outside – until my wife went upstairs.

Somehow, he had gotten out of the cage, then ripped thru the screen of our second-story bedroom window, apparently jumped to the ground below without breaking any legs, and slipped thru the backyard fence.

But at least he stuck around.

In June, on the morning of Kittery’s annual Block Party downtown, Nic and Layla went to pick up an additional foster dog, named Skippy. After attending the Block Party, we then piled into the car and drove to Lebanon, New Hampshire, to adopt a pair of four-month-old brothers named Martin and Fletcher.

So my prediction of having four dogs in the house within a year of doing the fostering thing became a reality in just two months.

I assure you adopting the pups for keeps from Passion for Pets Rescue wasn’t my idea, but have to admit they are pretty damn cute. We believe they’re part Jack Russell terrier and part dachshund, so basically they look like Russells with the black-and-tan coloring of dachshunds.

I had forgotten, however, how absolutely psycho young pups can be.

They chew everything they can clamp between their tiny teeth – except the toys we provide for that purpose.

We’ll take away one object to stow it at a higher elevation beyond their reach, and by the time we’ve turned back they’ve latched onto something else. They have a particular fondness for paper and cardboard, and Fletcher likes to eat his own poop.

Skippy, a two-year-old who seems made up of various breeds, was a real lovebug who took on a motherly role with Marty and Fletch, as we call the pups.

But she also turned out to be a jumper.

On the day a very nice young couple from Hampden, Maine, drove down to adopt Skippy, my wife let her out in the back yard one last time before the drive to her new home. Skippy promptly sailed over the fence and made a mad dash into the woods behind our house.

We tracked her down relatively quickly, got her into the car with her new family, and safely saw her on her way. And they got to see Skippy in action.

We definitely felt a pang as she rounded the corner at the end of our street that day, but reports from Hampden confirm she is very happy with her new surroundings and pug brother. 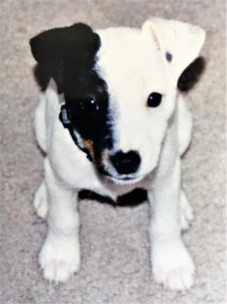 So this is the legacy of the late, great Jesse.

We’re not attempting to replace her, but we figure we can honor her memory by providing a home to these rescue dogs until they find a permanent home to call their own.

We’ve really just started, but we haven’t met a bad one yet. And now we have Marty and Fletch to help make our guests feel welcome during their stay.