I suppose there are a lot of important issues which could be offered in this space today for complaint, admonishment, railing, kvetching, denouncing, whining, condemning or bitching. A tax bill blatantly reinforcing the Republican stereotype of caddying for the rich comes to mind.

But Christmas is upon us, so maybe this is a time for taking on a kindlier view of the world. And more importantly for our household, this Christmas Eve morning marks the 10th anniversary of wedded bliss to my bride, Nicole.

If you’re lucky, you’ve been able to share at least some of your life with someone you genuinely believe, even in the deepest heart of your heart, outshines everyone else around you. Someone who inspires awe within you, although you’re exposed to his or her brilliance on such a daily basis it almost becomes routine.

That’s exactly the way my wife feels about me.

Ba-dum-bum! That’s me being funny – and a painful sample of what my wife and family have to endure daily. But no, as anyone can attest after they’ve spent more than five minutes with us together, it is I who feel that way about my wife.

As much as I would love to spin a long string of adjectives and anecdotes to embarrass Nicole Lee Kerr in a public format, what I would really like to do during this special holiday is encourage folks to sit back for a moment and reflect on their own significant other.

I confess I was initially attracted to my wife because she was somehow both adorable and sexy, without any apparent effort to come across as either. But it didn’t take long to realize she also has the biggest heart of anyone I’ve ever known.

For instance, this year she’s been on a mission to save the world – one lost puppy at a time. We adopted two puppy brothers I’ve already described in this space before, and also foster other dogs until they find a permanent home.

We often have four canine hellions staying in our house at a time, which has resulted in utter chaos on occasion. I’ve lost track of how many items have been chewed to destruction. 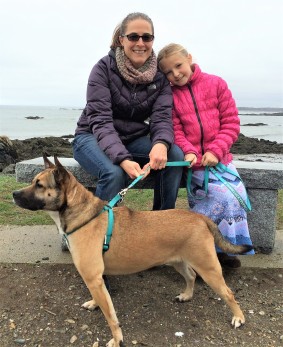 But you know, it brings happiness and fulfillment to this chick I love, so I back her up. Just like she backs me up on whatever project I may be tackling at a given time.

Sometimes though, man oh man, do we get into scraps. Doozies at times, loud ones, and occasionally in a public setting. Ultimately, however, my biggest complaint against my wife is she’s too damn nice. I guess things are pretty good when that’s the worst thing you can say about the person sharing your life.

She’s funny, goofy, insightful to a frightening degree, and someone I’m going to have a lot of fun growing old with. She’s so cool she didn’t even heap scorn and shame upon me when I inadvertently committed the sin of losing my wedding ring.

There isn’t much that can make a guy who likes being married feel like a bigger loser than losing your own wedding ring, and she definitely wasn’t too happy about it, but she didn’t try to make me feel smaller than I do.

As noted before, my intention here isn’t just to celebrate the woman who beyond anyone’s understanding has stayed married to me for a decade. It also occurs to me that as spectacular and unique I consider my wife to be, there are many, many fortunate people out there who believe the same of their own spouse/partner/roommate/soulmate.

Sometimes we do tend to take them for granted, though. Or we have a spat – maybe a series of spats – and we allow bitter feelings to push aside the wonder we hold for these people. Maybe sometimes we actually forget these qualities we found so amazing before.

If so, Christmas is the time to snap back to your senses.

Over the next few days just take a moment to sit back and observe your significant other with the same eyes as when you first realized you loved her. Or him.

The traits won’t be the same from one person to the next, nor should they be. They may be grand in scale, they may be insignificant to anyone but you. Doesn’t matter. It’s what makes your loved one unique.

More importantly, once you’ve reminded yourself of these astonishing attributes, make sure to let them know you haven’t forgotten. Make sure they know you still appreciate them. Let them know you dig em, even after so many years.

This hard-earned nugget of wisdom is my gift to you – a verbal mistletoe, if you will. Hopefully you’re smart enough not to need such a reminder, but I know I’m not.

Merry Christmas, or whatever holiday you choose to celebrate. Happy New Year. And Happy Anniversary, baby.

D. Allan Kerr still hasn’t found his wedding band, but even after ten years continues to be amazed such an awesome chick has agreed to share her life with him.