Posted on January 6, 2018 by slothonline Posted in D. Allan Kerr

Legislative acts, from the local to federal levels, are often so convoluted and complex the common citizen has to rely on politicians who provide their own interpretation of what the legislation means.

This is what’s happening with the recent referendum approved by Mainers this past November to expand Medicaid in the state.

The Medicaid expansion officially became law in Maine this past Wednesday. Democrats intend to implement the will of the nearly 60 percent of voters who approved the measure, while the governor seems intent on obstructing the effort.

Like most folks, I don’t have the time, patience or expertise to slog thru the potential ramifications of this new law. Fortunately, someone with a better understanding of the issue has published a report confirming how much expansion makes sense.

In terms of economics, public health and simple compassion, it appears implementing this program is pretty much a no-brainer. 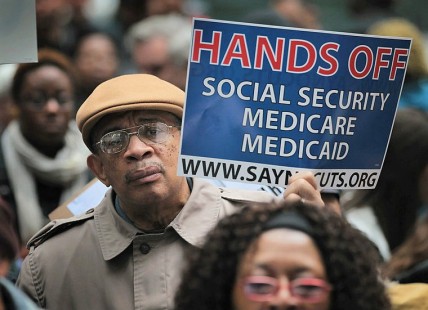 Kilbreth has a bachelor’s degree in sociology from Radcliffe College, a master’s degree in health science from John Hopkins University, and her PhD in social welfare from Brandeis University. She’s earned awards and prizes in medical economics and public service.

In other words, she has some expertise in this area. What I’m trying to provide here is just a brief summary in layman’s terms.

This factor alone could be incentive enough for Maine to pursue its expansion of Medicaid, which is known as MaineCare within the state. Basically, Maine would receive nearly $500 million in federal funding thru the Affordable Care Act – and that’s just for starters.

The program calls for the federal government to provide 94 percent of the funding until 2020, when the rate will drop to 90 percent. So yes, this means the state would have to come up with the remaining amount.

But Kilbreth points out this infusion of federal dollars projects to more than $700 million in economic activity in the first full year, including the creation of 6,000 new jobs. Of these new jobs, 4,000 would be within the health sector. Which makes sense – with thousands of new people entering into the health care system, more professionals will have to be hired to meet these demands.

And with the influx of federal funding to compensate these workers, there will be more money to pump into Maine’s economy. As Kilbreth notes, since rural areas typically have a higher percentage of low-income uninsured individuals, these are the areas which would feel the most economic impact.

Kilbreth’s report is not based on conjecture but on data collected from other states which have already expanded Medicaid. In Michigan, she notes, expansion led to 39,000 new jobs by 2016.

According to Maine’s Office of Fiscal and Program Review, the federal government would provide more than $496 million toward this program for fiscal year 2019 while $31 million would have to come from the state’s general revenue. By fiscal year 2021, the federal contribution (which includes other federal programs as well) would be up to $531 million, while Maine would have to kick in more than $54 million.

I’m no financial wizard, but I would think a $54 million investment to get back nearly 10 times that amount to provide medical care for constituents is a pretty good deal.

States expanding Medicaid saw a reduction from 9.6 percent to 3.6 percent among low-income new cancer patients, she notes. In short, previously underserved citizens have better access to medication and preventative care so they don’t have to wait until conditions are at a critical point before they seek help. Kilbreth cites as an example a 24-percent increase in prescriptions related to diabetic medications.

Maine is one of the states hit hardest by the opioid epidemic. The governor, Paul LePage, has pledged to fight this epidemic. Kilbreth emphasizes in her report how expansion helps provide the necessary tools.

“Medicaid covers detoxification, outpatient treatment, treatment of addiction with medications, and treatment for underlying conditions, such as pain and mental health issues which may have caused the addiction in the first place,” she writes. “Over time, an expansion of Medicaid could be an important resource in Maine for combatting addiction and reducing deaths.”

Which provides an appropriate segue to the compassion component of expanding Medicaid.

The referendum passed by Maine voters in November expanded coverage to individuals earning $16,000 a year, or a family of two earning $22,000. As many as 80,000 Mainers could benefit from this effort, according to Kilbreth.

LePage keeps saying the program only assists able-bodied people who refuse to work, but of course that’s a flat-out lie.

People in this expanded income level include those who are self-employed or employed by others who don’t offer health benefits.

These are people who are struggling thru rough times. And don’t forget, with one untimely accident or diagnosis many of us could be among those facing medical tribulations and crushing debt.

Kilbreth says the program has helped citizens in other states find new jobs or retain the ones they have, as “participants were able to seek help and get treatment for medical problems that had prevented them from working.

LePage touts himself as a champion of the working class, but he’s chosen to turn his back on people in genuine need.

He vetoed five previous attempts by the legislature to expand Medicaid, and once spent $53,000 from his contingency fund on private lawyers in a failed attempt to end coverage for young adults, after Maine’s attorney general refused the case.

State Rep. Patty Hymanson of York is a retired neurologist who chairs the House Health & Human Services Committee. She’s convinced Medicaid expansion will save lives, and insists the new legislation will be implemented on schedule.

“By mid July the first patient will be enrolled by law,” she said.

D. Allan Kerr knows it’s pure luck he has never had to rely on Medicaid assistance in the past.