Donald Trump is absolutely correct in his response to acts of mass murder – “We need to be tougher and smarter.” 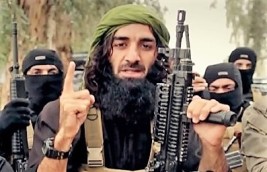 The problem is: this is his go-to phrase only when the killers have names which sound even remotely Muslim. He’s used it repeatedly following acts of terrorism all around the world – the London train attack, the Egypt mosque attack, the New York City truck attack. 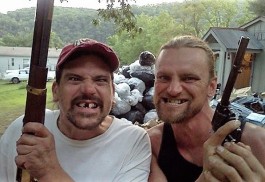 But you will never, ever, hear Donald Trump utter this phrase after a mass shooting on American soil perpetrated by someone without ties to Islam.

That’s because when guns are involved, the logical, “tougher and smarter” approach includes stricter gun laws. And that’s a line he’s too weak and dumb to cross.

Which is yet another broken promise to add to his resume. You’ll remember it was Trump who stated during his inauguration speech, “this American carnage stops right here and stops right now.” Most of those paying attention recognized the phrase as more empty words from a guy whose deranged boasts never seem to match reality. But few could have foreseen what was to come.

Three of the 10 worst mass shootings in American history have taken place in the past five months. Let that soak in for a moment. Fifty-eight people killed at a Vegas country music concert this past October; 26 churchgoers gunned down in Sutherland Springs, Texas, in November; and 17 students and staffers slaughtered this week at a high school in Parkland, Florida.

We’re not even thru an entire school year yet.

Media reports have cited the Marjory Stoneman Douglas High School tragedy as the 18th school shooting of 2018 and we haven’t hit March. Some pundits bristle at this number because it apparently includes a suicide and incidents when shots were fired after school hours and no one was injured.

As someone with a daughter in fourth grade and a son who teaches elementary-age kids, I’m not crazy about bullets flying anywhere close to school grounds. Period.

It’s astounding how numb we as a society have become to these incidents. It doesn’t seem so long ago when a mass murder of such scale would have been the talk of the nation for months afterward. But even last year’s Vegas massacre – the worst in U.S. history, with more than 400 people wounded by gunfire in addition to those killed – didn’t seem to be the top news story after a week.

What happens now will be the same thing that happens after previous mass shootings – we’ll have a renewed debate about gun control for a while before other issues come along and the debate will be set aside until the next killing field.

Let’s face it, if members of Congress couldn’t take tough action after 20 little first-graders were slaughtered in Newtown, Connecticut, why should we expect anything now?

Joe Scarborough, host of MSNBC’s “Morning Joe,” pointed out this week that an estimated 30,000 people die each year from gunfire, apparently including suicides and accidental shootings.  This means, he said, over the course of two years more Americans will die by bullet on our own soil than the 58,000 killed during the country’s involvement in the Vietnam War.

Again, let that sink in.

Trump and others like to focus on mental illness in the aftermath of these shootings rather than confront the riskier political challenge of gun control. But it’s worth noting it was Trump who – a year ago this very month – repealed an Obama regulation preventing individuals with mental health conditions from buying guns.

After the Florida school shooting, Trump sent out the following tweet:

So many signs that the Florida shooter was mentally disturbed, even expelled from school for bad and erratic behavior. Neighbors and classmates knew he was a big problem. Must always report such instances to authorities, again and again!

Do I have to point out the irony of this comment or is it too painfully obvious? 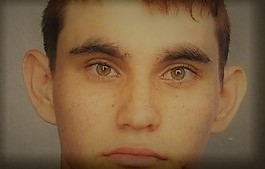 Put it this way – by Trump’s own characterization, wouldn’t he be someone who neighbors might report as behaving erratically, or perhaps even as mentally deranged?

Consider for a moment you lived next to a guy who bragged on national television that he could shoot someone in broad daylight in the middle of Fifth Avenue and still be elected President of the United States? Who shared delusions of thousands of people on New Jersey rooftops cheering the 9/11 attacks?

A guy who’s been accused of rape, once by his own wife, and of sexual assault by 20 other women? Who has incited violence at public gatherings and has a twisted sense of reality at odds with most everyone around him, to the point where almost every other phrase he utters is a lie? A guy who quite literally sees himself as a messiah, the one person who can cure the world’s ills?

I could obviously go on for a few hundred more paragraphs, but you get the point.

In hindsight it’s always easy to identify someone capable of murder. But perhaps a more concrete action might be to make it harder for these folks to get their hands on assault weapons in the first place.

According to media reports, Florida has a three-day waiting period for handguns but someone without an arrest record can walk out with an AR-15 rifle and ammo – the kind used in the Parkland massacre – the same day of purchase.

So yeah, it’s going to take someone genuinely tough and smart – not “TV tough” – to take on the challenge of the National Rifle Association and gun extremists. Thoughts and prayers are nice, but now we need leaders who take action.

Unfortunately, that’s not the kind of guy we have in the White House.

D. Allan Kerr enjoyed a childhood in which he never once worried about being gunned down in a classroom.