Most rational people stepping back to take in the whole panorama of Donald Trump’s response to the Russia electoral-sabotage investigation might wonder if he has something to hide.

At the very least they would have to acknowledge Trump isn’t exactly behaving like an innocent man. 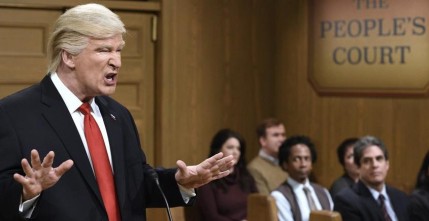 Most recently, Trump, long acknowledged as a subject of the Russia investigation, ordered the declassification of cherry-picked documents related to that investigation.

Think about this for a minute.

Now, in the midst of this ongoing investigation, Donald Trump wants to declassify very specific documents and texts involving FBI individuals he has castigated as being biased against him.

He also wants to release FISA applications related to the surveillance of Carter Page, one of his former aides.

Imagine if a cop investigating a serial sex offender said, “We’re putting that scumbag behind bars,” and then the scumbag sex offender had the authority to order the release of that cop’s comments to make him look bad. If the sex offender committed the crimes, is he any less guilty?

Of course the point is irrelevant because it wouldn’t be allowed to happen. It would be obstruction of justice.

Trump has flip-flopped on the Russia investigation like a fish in a frying pan. Sometimes, like when he’s standing right next to Vladimir Putin, he questions whether Russia really had anything to do with sabotaging the 2016 election in his favor. Sometimes he actually admits they did. But even when he acknowledges Russia’s role, he describes the U.S. investigation into that interference as a “witch hunt.”

You gotta wonder: Since all U.S. intelligence agencies agree Russia was behind the 2016 sabotage, how can the ongoing investigation of that sabotage – which has so far indicted 26 Russian nationals and three Russian companies – be defined as a witch hunt?

Trump has complained throughout the process of being railroaded by special counsel Robert Mueller and his team, but I’m inclined to think this is merely his own guilty conscience. Mueller has certainly given no indication he’s gunning for Trump – in fact, he hasn’t given much indication of anything.

The loudest voice portraying Trump as a possible agent of Russia is Trump’s.

Trump and his echo chamber point to the texts of former FBI agent Peter Strzok as evidence of bias against him in the investigation. But they leave out the part where Strzok was removed from Mueller’s team way back in July 2017 – a full year before Strzok was called to testify before Congress – right after Mueller learned of his anti-Trump texts.

If a sitting president knows he has nothing to worry about from a federal investigation into Russian cyber-sabotage, wouldn’t he be inclined to go about the business of leading the country and let Mueller do his job? 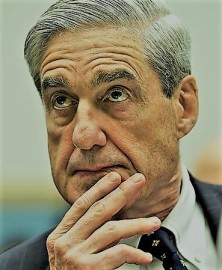 Trump has done the opposite – he’s almost pathologically obsessed with this probe, and Mueller’s stony poker face is clearly driving him nuts.

I’m no expert on complicated matters like obstruction of justice, but for the fun of it let’s just review the following:

Trump has acknowledged, in a nationally televised interview with Lester Holt, he fired former FBI director James Comey in May 2017 because of “this Russia thing.”

The very next day, Trump told Russian Foreign Minister Sergey Lavrov and Russian Ambassador Sergey Kislyak in an Oval Office meeting he had fired Comey, saying he “faced great pressure because of Russia. That’s taken off.”

He has repeatedly and publicly attempted to undermine the ongoing federal investigation into Russia’s sabotage of the 2016 election, calling it a “witch hunt,” a “sham,” and most recently, “a cancer.” (This from the guy who vowed to be a “law-and-order” president.) 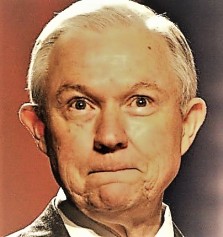 He has repeatedly and publicly slammed his own attorney general, while acknowledging Jeff Sessions’ primary sin was to recuse himself from the Russia investigation. Aside from that, Sessions has arguably been the most effective cabinet member in implementing Trumpish policies.

He has repeatedly and publicly slammed the Justice Department, the FBI and other federal agencies, trying among other things to divert their attention back to Hillary Clinton’s old e-mails rather than the Russia investigation. 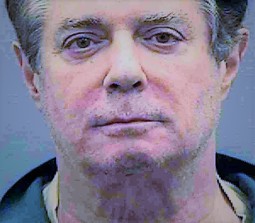 He dictated a statement in July 2017 saying the infamous Trump Tower meeting with Russian representatives in June 2016 was about the adoption of Russian children by Americans – which turned out to be a lie. This was after Trump spokesmen claimed he had nothing to do with the statement – which also turned out to be a lie. Trump has since admitted the meeting was an attempt to get dirt on Hillary, initiated as “part of Russia and its government’s support for Mr. Trump,” according to one of the attendees.

He reportedly, on more than one occasion, had to be talked out of firing both Mueller and Assistant Attorney General Rod Rosenstein, the two officials overseeing the Russia investigation.

He claims he would welcome the opportunity to be interviewed by Mueller but has continued for several months now to delay a direct face-off, even while complaining the investigation has taken too long. 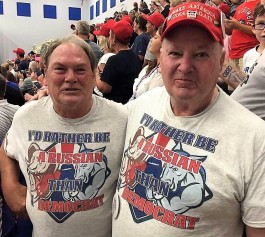 If you didn’t know any better, you’d think the guy is trying to sabotage the investigation into Russia’s sabotage – an effort from which he clearly benefited.

Why is he so afraid?

D. Allan Kerr admits if he were Trump, he’d be afraid of Mueller too.