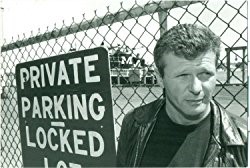 Posted on December 17, 2020 by slothonline Posted in D. Allan Kerr

Trump’s own Department of Homeland Security says this election was “the most secure in American history.”

Trump’s legal team – in case after case and state after state – has acknowledged to courtroom judges they are not alleging outright fraud. As one federal judge in Pennsylvania exclaimed to Trump’s lawyers, “Then what’s your problem?”

The problem is Donald Trump is the big fat loser of the 2020 presidential election, and he lost in humiliating fashion.

I mean, cripes, Mitt Romney only lost to Barack Obama by 5 million.

More than 81 million Americans voted for Biden this year – the only candidate in U.S. history to break the 80-million threshold. That’s more than 51%, a percentage Trump has never come near.

More people voted to boot Trump out of office than have voted against any previous Oval Office occupant in history.

I’m personally convinced at least 5 million of Trump’s votes were illegal and should be tossed out, so In reality you could argue he lost to Biden by 12 million ballots.

I don’t have evidence or anything, but as we know “evidence” is soooooo pre-2016. Just take my word for it and move on.

The fact is, Trump is now 1-and-2 in presidential campaigns (he tends to ignore his 2000 foray as a Reform Party candidate.) So he’s desperately in search of a face-saving excuse for his crushing loss –other than a totally incoherent and misguided campaign.

Biden beat Trump in Georgia not once, not twice, but three times after the conclusion of a second recount still had Biden up by 12,000-plus.

Biden won the battleground state of Michigan by more than 150,000 – a downright hefty margin compared to the 500-plus Florida difference between Gore and Bush Junior in 2000.

I’ve frankly lost track of how many court cases and legal challenges the Trump team has attempted so far, but it’s safe to say their winning percentage is pretty close to that of the 2020 New York Jets, who have yet to taste victory.

The sore-loser antics we’re seeing as Trump tries to overturn the election results are a surprise to no one who’s been paying attention. But I have to admit, I continue to be amazed at the absolute circus this charade has become.

Then again, when you’ve appointed Rudy Giuliani as your ringmaster, what else would you expect?

He followed that up with his unabashedly public tooting at a Michigan hearing, and introduced the now-infamous Melissa Carone as perhaps the most unreliable witness in history. It’s gotten to the point where inevitable “Saturday Night Live” skits seem more like historical reenactments.

No one could have scripted a more fitting finale to the debacle of the Trump presidency than this clown show temper tantrum over a blown election while a pandemic continues to kill Americans at a record-breaking rate.

This is how history will remember Trump – bumbling, whining, pathetic, unhinged and comically inept. Three thousand people are dying in this country daily, but it’s Trump who insists he’s the world’s biggest victim.

I’ve heard a lot of left-wing pundits fretting how Trump’s efforts are undermining the country and will weaken Biden’s presidency and America as we know it will never be the same. They seem to forget this isn’t exactly unprecedented.

After all, they’re the same folks who insisted Trump’s own tenure was tainted by Russian interference in the 2016 election. A lot of voters never accepted Trump as the legitimate president, just as some folks will refuse to accept Biden.

Say what you want about Hillary Clinton, but while she could have toured the country undermining that election – with far more justification than Trump has provided – she chose to put America first. She endorsed the traditional peaceful transition of power.

We were a 50-50 country before the Nov. 3rd election and we’re a 50-50 country now. Just look at nationwide election results and the lineup of both houses of Congress. Democrats will continue to push their agenda and Republicans will push for theirs.

The major difference going forward will be the team occupying the White House, and that was always the primary goal for the 81 million-plus who voted for Biden. He will be sworn in this Jan. 20th and there’s nothing Trump can do about it.

I’ve come to believe Fate dumped Trump into the White House to test the genius system of government created by our Founding Fathers, and I’ll be damned if these institutions didn’t hold up.

Yeah, a disturbing number of lawmakers showed themselves to be willing toadies to someone with wannabe-dictator tendencies (take a bow, Lindsay Graham), but the pillars of American government didn’t bend.

The old saying goes that the opera “ain’t over til the fat lady sings.”

Trump will continue his crybaby antics long after he’s left the White House, but it’ll only be to his own embarrassment.

The country will go on without him, and we’re gonna be okay. Finally.