Once upon a time, not long ago, a tangerine-tinted dumbass with a lot of money decided to run for President of the United States.

He embarked on a campaign to essentially convince voters the skies over America were crashing down upon them.

But unlike Chicken Little from the folk tale of old, he knew the things he said weren’t true.

He created an illusion of Mexican marauders swarming over the southern border to rape and murder Americans if he wasn’t in the White House to stop them. Muslims were going to flood into our country to bomb us, take away our freedom and topple of Statue of Liberty, unless he was president.

African-Americans in the “inner cities” were going to destroy each other;  terrorists would rule the world; America’s middle class would be unemployed as jobs were all shipped overseas and the economy would collapse into a 21st-century Great Depression.

Perceived primarily as a media clown, he had to take down more experienced and qualified political opponents to win the White House.

In order to convince voters he alone was capable of keeping these bad things from happening, he resorted to blatant character assassination and the age-old, juvenile practice of name-calling.

His methods worked – he had, after all, honed them throughout his adult life (remember “fat pig?”) By referring to more distinguished candidates by names like “Crooked Hillary,” “Lyin’ Ted” and “Little Marco,” he diminished them. He brought them down to his level.

And he did so knowing his rivals had too much class and character to resort to similar tactics. They were people who had devoted their lives to public service, and so weren’t inclined to sink into the gutter where he obviously feels at home.

But by refusing to do so, they allowed themselves to be dragged below his level. He mocked them, taunted them, and by not taking him on in similar fashion they conceded to him the position of perceived strength, where he was able to talk down to them.

Metaphorically speaking, one could say he was using brass knuckles while they stuck to Marquis of Queensbury rules. (Physically, however, it’s a safe bet Hillary hits harder and actually keeps her wrist straight when she throws a punch.)

Since I possess neither class nor character, I personally would have had a hard time resisting the urge to engage in similar fashion, since I tend to be an eye-for-an-eye guy. And truly, the mind reels at the possibilities he presents.

It would have been a tough choice deciding between the Artful Draft Dodger (a play on his most famous book,) the Nutty Professor (Trump University,) the Great Pumpkin (he seems to get rounder by the month,) Poor Donnie (because he’s always being treated so unfairly,) the Whiner-In-Chief, Dumb Donald, Trump the Truth-Killer, the Orange Messiah, Rosey Old Donald and so forth.

It isn’t simply a matter of name-calling, of course. There are other ways opponents could have been exposed his history of fabrication and business failures, his mangled syntax, underdeveloped intellect, puny vocabulary, oafish posturing and Oompa Loompa appearance. 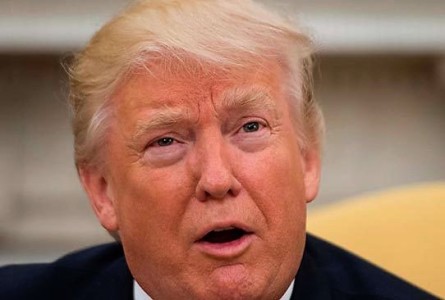 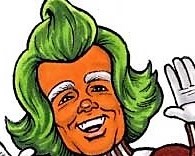 Few public figures have been more ripe for caricature, but frankly none of the other leading candidates from either party had the talents and wit to pull it off.

Barack Obama actually demonstrated a knack for deflating the image Chicken Liar created for himself, but of course Obama was no longer an option for voters.

As he pursued the Republican nomination, our hero certainly didn’t restrict himself to name-calling – family members were considered fair game as well. In one of the most despicable campaign moments I can recall, he actually ridiculed the wife of Ted Cruz; then threatened to throw out some really nasty stuff.

So now he’s the President of the United States. By virtue of winning the election, he earned the right to that title. But see, if you want to continue to be called president you need to behave presidentially.

Instead, the lies and pettiness and cheap shots and stupid names he employed during the campaign remain the most reliable tools of his trade.

Having achieved his goal, Chicken Liar is now making a mockery of the Oval Office. The sheer flood of lies and incompetence spewing from his administration is too vast to document here – and should surprise no one who’s been paying attention.

He fumes at those who slight or even question him, but at some point even a child needs to understand the way you treat other people sometimes has a way of coming back at you.

The better angels among us may wince to hear infantile insults hurled at a sitting president, but in this instance isn’t such churlishness a mere reflection of the guy who now occupies what he treats as his throne?

D. Allan Kerr would like to know the wattage of the sunlamp our president was sitting under before he met with Russian leaders this week – take a look at the photos.