Posted on October 20, 2018 by slothonline Posted in D. Allan Kerr

I’m an absolute idiot with anything beyond simple arithmetic.

I come from a long, proud line of people ignorant in the ways of high finance and economics. Our clan is drawn to professions and passions which guarantee we will never generate any measure of wealth.

But even I recognized last year’s GOP tax cuts as a blatant con job.

Politicians on both sides take advantage of voters’ general lack of understanding when it comes to budgetary procedures and projections and deficits.

They know our eyes glaze over when they start talking numbers, and they figure they can spin us any way they want.

But at its most basic, laid out so even I can comprehend, this is what we need to understand:

So when Republicans started talking about reducing our taxes last year, it didn’t seem to make a lot of sense. Normally tax cuts are considered a means to help jumpstart the economy, with the idea being we’ll have more money to spend on more goods and services, creating more jobs, and so forth.

But everyone said the economy was already doing great. If the economy is going great, it shouldn’t need much of a boost. So this was basically a gift We The Voters were being given by the Republican Party. In fact, it was implemented just in time for Christmas last year.

In return, of course, Americans were supposed to remember the Republicans when it came to vote the following year, meaning this November. They were essentially buying your vote. But see, nothing comes without a price.

The biggest beneficiaries of this $1.5 trillion tax cut were the very wealthy and big corporations. Which makes sense – taxes are based on income. So if someone gets back 2 percent of their $40,000 salary, they get to keep 800 bucks, as an example.

Experts last year said based on Donald Trump’s 2005 income – which is all they had to go by since he refuses to release his own tax records – he would have been able to keep an extra $11 million thru this plan.

So when politicians try to tell you this was a “middle-class tax cut,” don’t buy it.

The Republican Party is historically allied with big business and the wealthy. There’s some validity to that philosophy if you adhere to the whole “trickle-down” theory of economics, but just remember this when they try to tell you they’re champions for the working class.

Last year they were asked how they could operate the government if they cut taxes without reducing budget costs. “Don’t worry,” they said, “you’re going to spend all the money we’re giving back to you and it will stimulate our economy so much the tax cuts will essentially pay for themselves.”

Well, funny thing – it hasn’t quite worked out that way. Turns out the federal deficit has increased by 17 percent this year alone, to almost $780 billion, the highest since 2012. Which is funny, because Republicans have always touted themselves as the fiscally responsible ones. 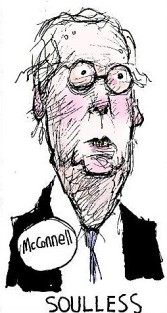 So when Sen. Mitch McConnell says, “It’s not a Republican problem,” he’s hoping you’re stupid enough to believe it.

Now comes the punch line we’d been expecting all along – they want to make up for the loss of tax income by cutting Social Security and Medicare. You know, the programs your parents and grandparents and great-grandparents rely upon in their golden years.

If Social Security and Medicare are gutted, it’ll be to subsidize those big cash bonuses awarded to rich folks thru the Republican tax cut. Think about it – cutbacks to these programs aren’t going to have the slightest effect on Trump or his Billionaire Boys Club supporters.

This all seems to stem from what I can only describe as “high-noon economics” – it seems great for the moment, but doesn’t look past dusk.

Let me again emphasize, seriously, how much of a genuine idiot I am regarding budgets and money matters of any kind. I repeat this because, in spite of my ignorance, even I could be the most successful and beloved President of the United States in the history of our country – if no one looked beyond the next eight years.

Hell man, I would hand out tax cuts every year, to the rich and the poor. I would wipe out every regulation preventing the production of oil and other big-money resources; I’d start drilling along every other mile where ocean touches land.

I’d build new roads and put up new factories so everyone had a job, but I’d also cover tuition for those who wanted to go to college. And I would actually expand Social Security and Medicaid and health insurance, not take them away. 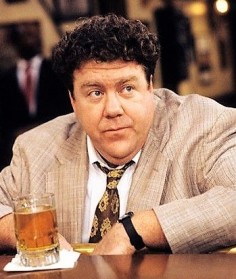 Like Norm from “Cheers,” I’d just run up a tab.

Admittedly, there would be a hell of a bill to pay after my eight glorious years in office. And the country would look pretty crappy, aesthetically.

The Grand Canyon would be a theme park as part of my job creation program. Your grandkids would probably hate my guts.

But if you just ignore the future, we could have one kick-ass economy.

D. Allan Kerr would be screwed with no Social Security to rely upon.