Doctors, nurses and other front line hospital workers will always be remembered as the heroes of the COVID-19 pandemic, just as first responders were so honored following the 9/11 attacks.

Although Donald Trump and his more ardent supporters will never admit it, the persistent, much-maligned “fake news” mainstream media also saved a lot of lives in 2020.

You may remember, these are the folks accused of sensationalizing and overblowing the extent of this thing when it first hit U.S. shores.

As recently as March 9th, New Hampshire native Trish Regan of Fox Business Network claimed this hoopla was all part of a “coronavirus impeachment scam.”

By the end of the month she was booted from the network – ironically, to make way for more extensive coverage of the pandemic.

On February 27th, Fox’s Sean Hannity claimed “the fearmongering is off the charts.”

“Tonight I can report the sky is absolutely falling. We’re all doomed. The end is near. The apocalypse is imminent and you’re all going to die,” Hannity said in his typical snarky manner.

He was trying to mock the urgent coverage of other non-Fox networks at the time, but just a month later on March 31st it was Trump himself who warned Americans, “It’s a matter of life and death” to heed proposed guidelines ahead of a “hell of a bad two weeks.”

So think of this: What if Trump had been left unchecked in his serial attempts to downplay the severity of this crisis?

Seriously. Think what would have happened if mainstream media types were as shamelessly sycophantic as Hannity.

Flash back to February 26th – which seems an eternity but was not really so long ago – when the President of the United States actually said:

“When you have 15 people (testing positive for coronavirus), and the 15 within a couple of days is going to be down to close to zero, that’s a pretty good job we’ve done.”

So consider what’s taking place here. In the space of a single month, the President of the United States raised his self-proclaimed bar of success in battling this crisis from “close to zero” confirmed cases to merely 100,000 American deaths. 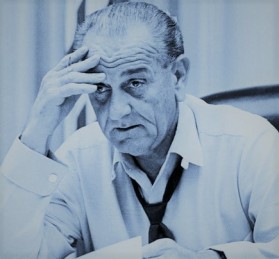 By this rationale, LBJ should have predicted 100,000 dead U.S. soldiers in the early stages of the Vietnam War, so the 58,000 Americans who actually died would seem like a bargain to gullible Americans.

Given the recent downgrade of projected COVID-19 deaths, I’m now wondering if this was the intent.

But the fact Trump was finally forced to accept this new reality can be partly attributed to the tenacious journalists who continued challenging his claims even as the coronavirus was spreading.

And sometimes they were verbally attacked for their efforts.

NBC correspondent Peter Alexander was called a “terrible reporter” by Trump and accused of “sensationalism” for a softball question of what Trump wanted say to reassure frightened Americans during the pandemic. “You ought to be ashamed of yourself,” Trump told Alexander.

NPR reporter Yamiche Alcindor was told, “Be nice, don’t be threatening,” when she questioned Trump about his own recorded comments claiming governors didn’t need the equipment they were requesting to fight the virus.

He also denied making the remarks in the first place, even though they aired on national television.

Even Fox News reporter Kristen Fisher was told by Trump this past Monday: “You should say, ‘Congratulations, great job,’ instead of being so horrid in the way you ask a question.”

Here was Fisher’s question: “When can hospitals expect to receive a quick turnaround of test results?”

One of the effects of Trump’s “fake news” accusations every time a journalist has questioned his comments and actions is that many of his followers no longer trust the news media.

As a result, some were reluctant to believe early reports about the possible ramifications of a deadly pandemic in American communities.

When this is all over, there will be plenty of time to evaluate whether Trump responded aggressively enough to stem the spread of this coronavirus.

And as early as this November, just seven months from now, voters will have an opportunity to share their opinion loudly at the ballot box, one way or the other.

For now, medical professionals are putting their lives on the line every day to care for COVID-19 patients requiring treatment.

Journalists have played a key role in educating Americans so millions of others won’t need such treatment.

As of this post on April 14, there are nearly 603,000 reported COVID-19 cases in the U.S. and more than 25,500 deaths nationwide. By the time some of you read this, those numbers will already be outdated.

Imagine how high those totals might be right now if the “enemy of the state” mainstream media hadn’t continued doing its job.

D. Allan Kerr is a former newspaper reporter who hasn’t had a press card in nearly two decades.