Posted on September 10, 2017 by slothonline Posted in D. Allan Kerr 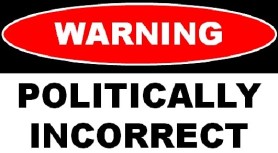 There are voters out there who embrace those who showcase an attitude perceived as being Politically Incorrect, and there are politicians who pander to those voters.

But there also seems to be a line these folks won’t cross, even if being politically incorrect is pretty much the only attribute in your arsenal.

The key, of course, is making sure your comments only target ethnic or religious or sexually oriented minorities.

For instance, you could say football players taking a knee during the national anthem before a game are behaving in a politically incorrect manner. I mean, if you’re all about throwing off the yoke of political correctness, this is the ultimate act of defiance, right?

But a lot of the same folks who poke each other in the ribs when the Failing President of the United States, the current governor of Maine, or a disgraced sheriff in Arizona say something derisive of other groups don’t seem to find this act as amusing.

In fact, when former San Francisco quarterback Colin Kaepernick kicked off the national anthem demonstration last year, a certain presidential candidate told voters “maybe he should find a country that works better for him.”

Which I found funny coming from a guy whose entire campaign was focused on talking America down.

It’d be fun to see if the folks who love hearing politicians shrug off political correctness to “tell it like it is” regarding Islam would feel the same way after hearing similar comments directed at Christianity.

Or if voters in Maine and New Hampshire were told French-Canadians coming over their borders are rapists, murderers and drug dealers.

Imagine the reaction of folks in Georgia if some whacko sheriff started rounding up white Southern Baptists because they look like illegal aliens.

See, if you have to channel your political incorrectness thru the fears and preferences of a particular audience, you aren’t really being bold, are you? You’re just pandering, which is a device of the weak.

So if your target audience is white conservative Christian males, you can only direct your incorrectness toward – well, everyone else. 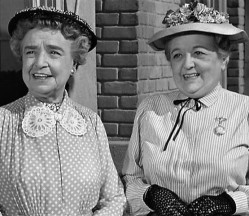 There was a time when political correctness really just meant you were being considerate of others. If you made an effort to avoid saying something offensive to another person, you weren’t being a coward – you were being polite. Respectful. Neighborly.

Yeah, some folks go overboard, like the nuts at ESPN who decided announcer Robert Lee shouldn’t work a University of Virginia football game because his name resembles the great Confederate general. But when did it become a bad thing to try to treat others with decency?

It’s no accident most people who complain about political correctness haven’t been the brunt of discrimination or oppression or simple blind hatred. As a white Anglo-Saxon Protestant (very) heterosexual male, it would be pretty arrogant for me to judge whether or not other people should feel offended.

Since I’ve never been black, Asian, Hispanic, Muslim, Jewish, Hindu or a woman, I’m going to assume those who are have a better idea of when they’re being insulted or diminished.

Some people like to scoff at so-called “snowflakes” who get riled up by politically incorrect statements, but these same folks are just as easy to agitate. As an example, suggest to one of them something which should be obvious to most observers – America is no longer merely a Christian nation.

Or sit next to one at the start of an NFL game when black players take a knee during the national anthem.

While we’re on the subject, I actually appreciate seeing multi-million-dollar spoiled-brat professional athletes show an interest in something bigger than themselves. It can be a socio-political statement made in front of millions of people to raise awareness, or it can be Houston Texans star J.J. Watt collecting $30 million for victims of Hurricane Harvey.

But one of the dumber debate points I hear on the subject is when critics say the national anthem honors men and women who died protecting the freedom of these demonstrators.

Because if people died to protect your rights to free speech, free assembly and so forth, it seems to me you would be dishonoring their sacrifice by NOT exercising those hard-earned rights.