Let’s say I live in the town of Kittery (which is true), where I’ve engaged in a wide range of criminal behavior (which to the best of my knowledge is not true.)

And let’s say I find out I’m under investigation by my local police department. If I have half a brain, an empty soul and unlimited resources, I’m going to do everything I can to undermine my investigators – especially if I’m guilty. 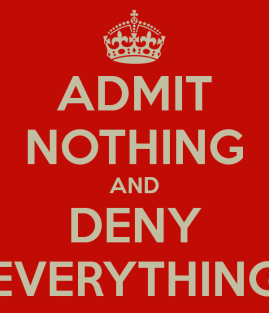 Obviously I’m going to deny everything. Then I’m going to manufacture excuses for why I’m being targeted in this investigation.

Kittery doesn’t have a mayor but it has a Town Council. If I’m a member of the council I’m going to question whether the local police force is being used as a tool of vengeance by my political opponents.

I’m going to dredge up for public consumption every complaint, rumor, conspiracy, slander, and fabrication I can conjure regarding those investigating me. But of course I’ll be clever enough to do it in a way where I’m just repeating things others have said.

For the record, I’ve never met our current police chief but I’ve heard nice things about him. And the chief before him is so highly regarding he was recently appointed United States Marshal for the state of Maine. Most folks I know think we have great cops in Kittery.

But if I’m a self-absorbed egomaniac obsessed with self-preservation, I don’t care about that. I’m going to portray myself as the victim of a witch hunt.

I won’t make stuff up myself because then I could be hit with defamation charges, but I can twist and exaggerate existing facts or question things in a way that might cast doubts on the character of my nemeses.

It may be as innocuous as wondering aloud how many officers working this case voted for my opponents; it can be as cruel as ripping apart the reputation of people who have dedicated decades to public service.

I would enflame every questionable traffic stop, every arrest that didn’t result in a conviction. I would dig up rumors about the old Danish Health Club brothel, even though it was shut down before I ever moved into town.

If lives are ruined, well hey, they shouldn’t have gone into public service. 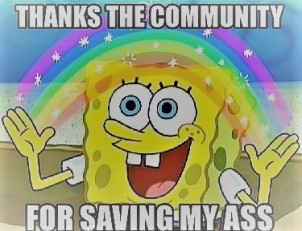 Sure, there will be those few who just don’t like cops and others who love a good conspiracy, and yet others who blame The Man for everything going wrong in their lives. They would probably be on my side.

But most residents, who are served and protected by these same officers and have had positive interactions, will be horrified by my reckless accusations. My plan for self-preservation might actually backfire.

Seriously, imagine someone in your own town, under investigation, trying to shed disgrace on your local law enforcement folks.

Members of Congress seems to be lacking this keen awareness, or at least the courage to express their outrage.

We have a guy in the Oval Office currently under investigation, and he may actually be innocent, but he sure isn’t acting like it. 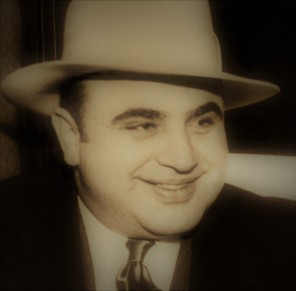 So he’s using the pulpit of the presidency to try to destroy the reputations of honorable people doing the job they’ve been asked to complete.

It’s like Al Capone questioning the credibility of the Untouchables.

Based on the past couple of years, this doesn’t surprise me. What’s disappointing are the mindless lemmings who’ve lined up behind these attacks.

If justice is to be served, let Robert Mueller complete his work. If everyone involved is cleared, the country can go forward with a clean conscience. But remember, Kenneth Starr’s investigations of Bill Clinton lasted four years. The Watergate investigation of Richard Nixon went on for almost a year-and-a-half.

The hosts of MSNBC’s Morning Joe put together a brilliant montage the other day, intercutting footage of Vice President Mike Pence echoing almost word-for-word Nixon’s call for these respective investigations to end. Nixon, we know now, had plenty of reason to want the Watergate saga to close prematurely.

Every time this administration sounds off on the Mueller probe I think of the old Shakespeare quote, “the lady doth protest too much.”

If they want to proclaim their innocence, it’s their right to do so. But I’ll be damned if I sit by while the character of a lifelong public servant like Mueller is assassinated.

This is a guy who served under Republican and Democratic presidents as FBI director after 9/11; who made a career of prosecuting terrorists and gangsters before that; and was decorated for bravery and wounded in combat as a Marine captain in Vietnam before that.

The guy is a real-life Captain America, and smart people should not be swayed to believe otherwise by someone out to save his own ass by any means necessary.

D. Allan Kerr takes heart knowing the justice of History will sort the heroes from the cowards.